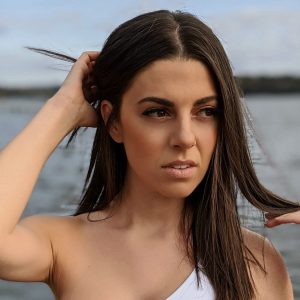 Chloe Marin is an Australian singer, songwriter, performer...and Entertainment/Music Lawyer!
It was clear Chloe loved music from an early age as she taught herself to play the piano and guitar. Coming from a Mediterranean background (Lebanese and Greek heritage), music has always been a huge part of Chloe’s life.

Chloe first gained recognition in the electronic dance world collaborating with numerous international DJ’s and performing at some of the world’s largest dance music festivals in Europe, Australia and Asia.

In 2017, Chloe met dance music legend and worldwide chart hit-maker, DJ Sammy, whilst touring with him all across Australia. DJ Sammy subsequently invited Chloe to tour all over Europe with him in 2018 and 2019. Chloe has performed over 100 shows with DJ Sammy throughout major European cities and as a resident at Mallorca’s biggest venue, BCM.